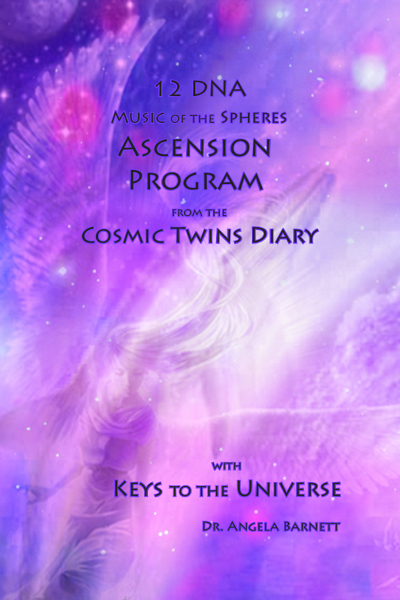 PURCHASE as a PAPERBACK BOOK on Amazon.com
Click on this link to Buy PAPERBACK Book

READ MORE about the book . . .
Within the covers of this book, the reader will find:

Absolute evidence of the True Divinity and Sovereignty of the Man who has activated 12 DNA sub harmonic strands into each of the 5 DNA. The power of immortality is revealed through the Music of the Spheres raising Man back into His Normal Reality.

This Extraordinary, True and Accurate revelation of how the Resurrection was performed by the Elohim Angels through the Holograms they created in the Jesus and Mary Story. This exact same process of Raising the Dead into Eternal Life was revealed once again through the shocking story of one man who had his body completely mutated by three ten ton trucks hitting his body on the freeway and five more cars running over his body before the traffic could be stopped. The body of "aDolphino" had been possessed by three demonic entities called the FAtaLee that the Grey Zeta Rigelians had prepared the interdimensional passage for.

The story of the process of holographic replication, switching the past with the future realities, and time travel to the Sirian Healing Temples in the new Harmonic Universe were parts of the ancient mystery that dated back millions of years. This event is proof that our old reality of Eternal Life is being returned to Earth once again. The story of the Cosmic Twins is what the Elohims told us was their new Jesus and Mary story.

This story, and the Formula for obtaining Eternal Life within it will prepare those Seekers for Truth to understand what has been happening and what will be happening in their own lives as they each go through this process of Resurrection and Re-birth each time they Initiate their one of  the 12 sub harmonics within their 5 DNA.

This Actual Event occurred to show that everything the Guardians taught as the Keylontic Science of the Music of the Stars is an absolute reality.

PURCHASE as a PAPERBACK BOOK on Amazon.com
Click on this link to Buy PAPERBACK Book