The ATOMIC MIRROR music contains the frequencies of a rainbow prism from an intense electrical field that removes space and time. This is the technique that was taught for using an imaginary mirror to unite into communication with the Host of your Ascension. Your Host is the Plasma Body who can allow you to come onto a Space Ship and travel

The ATOMIC MIRROR music contains the frequencies of a rainbow prism from an intense electrical field that removes space and time. This is the technique that was taught for using an imaginary mirror to unite into communication with the Host of your Ascension. Your Host is the Plasma Body who can allow you to come onto a Space Ship and travel through the Universe.


THE WAY TO GO TO AURORA EARTH

THE WAY TO TRAVEL ON SPACESHIPS AROUND THE UNIVERSE

WE CREATED THE WAY FOR PEOPLE TO BE ABLE TO DO THIS !

The ATOMIC MIRROR music contains the frequencies of a rainbow prism from an intense electrical field that removes space and time.

THE ATOMIC MIRROR ALBUM contains the Frequencies that need to be placed in the mirror in order to unblock the flow of light.

We need to be able to see all of the other beings who are standing on the other side of the Veil.

When we can meet them because we can see them, that is when we can ride on their space ships and be free to travel the universe. Those who will see them and who will be invited to ride upon others space ships are the ones who have learned to enter communication and interface with their own HOST BODIES in the Aurora Earth.

This is the technique that was taught for using an imaginary mirror to unite into communication with the Host of your Ascension. Your Host is the Plasma Body who can allow you to come onto a Space Ship and travel through the Universe.

The in-between state of Net Earth and Aurora Earth is called the Land of Wa. We each have a Wa Host who will allow us to move through that Veil of separation and into the Aurora Earth through the Consciousness of this Host.

The purpose of the Mirror Technique is to make contact with your Host who will lead you through the Land of Wa and into the Aurora Ascension Earth. The Host  Entity is almost Pure Light with a White or Golden Robe made from a Plasma Like Substance. This is your Etheric Orb Body or Plasma Body who can allow you travel within this dimensional self who is a Part of You- the Rishic You of your original creation.The Land of Wa is the same place that Fairies and Devas live within. It is the in between state.

There are several steps required in this process of meeting the Host, walking through the Veil and then walking into Wa and then over to the Aurora Ascension Earth.

Imagine looking into an invisible mirror with a point six feet in front of you. Before we can walk into the mirror to meet our host who will take us through the Veil, we must bring the Cosmic Frequencies into our Crystal Hearts which is the place where our Soul lives. We are actually creating a oneness field between our physical body, our spiritual body and our Soul.

In the past, our Soul has always left the body and moved on to a new Adventure.
This time, we can learn how to allow the Soul to move into our Plasma Body, and our Physical Body can transform into that Plasma Body and disappear from the Earth's surface. Very few will be able to do this. However, there is a process called Bardoah that is almost identical to this process, that many will be able to perform in 2047. That is the year of Bardoah. 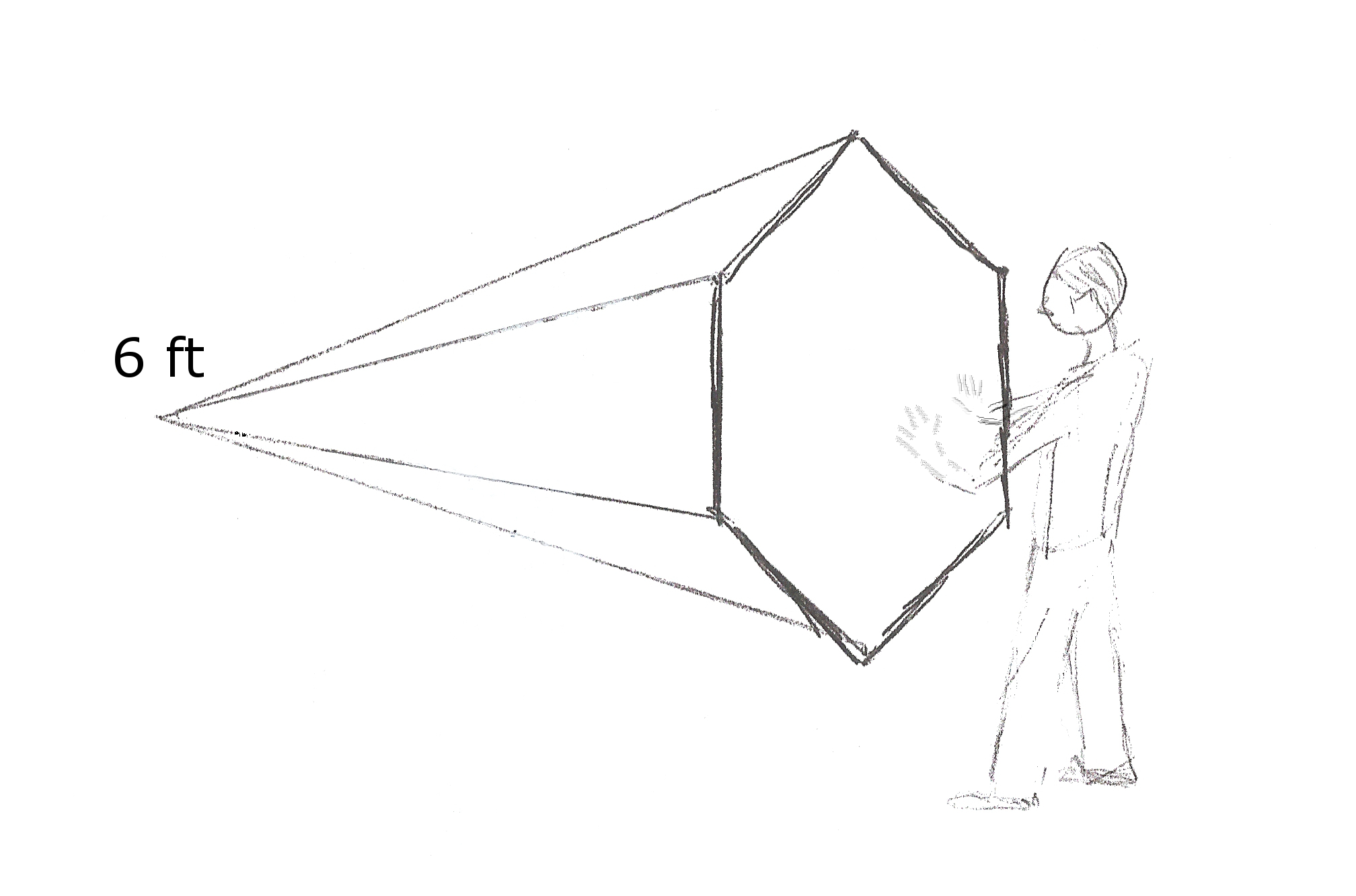 We begin by filling the part of the imaginary mirror that is black(the atomic reflection that is not allowing us to  see through to the other side of the mirror) with an atomic substance that is only available in the pre light and sound realms of the Cosmic Domains. We must go in Consciousness into the Inner Cosmic Domains of Earth's Crystal Heart in the 13 -14 dimensions to collect the Heliotalic Gelaisic Radiation that can part the Veil.

We must combine that sphere of Crystal Gel with a sphere of Crystal Dust that we travel to the 14th dimension to collect. This connection of energy will create the ignition of helium and plasma that creates the neutron energy that transforms our bodies. This is being done through Stellar Wave Activations, the Sun's new heliosphere and the passing of the Comets Elina, Ison and Comet 2016. These comets are actually hyberdized technology space ships that were created specifically to transform the entire strucutre of the Earth's matrix and our DNA in order to transform the structure of our bodies. These dimensional frequencies of consciousness are being sent from the 12 Stars and from Sun Alcyone who contain our transformed Universal Consciousness.

Presently, the atomic mirror is the Veil that  is locking us into  this side of reality and not allowing us to  walk through to the other side of reality where there are infinite parallel spiritual realities waiting for us.

First, we need to place a new substance in the mirror that  unblocks the flow of light.


THE ATOMIC MIRROR ALBUM contains the Frequencies that need to be placed in the mirror in order to unblock the flow of light.

This is the journey that I took as I collected the frequencies for this album: 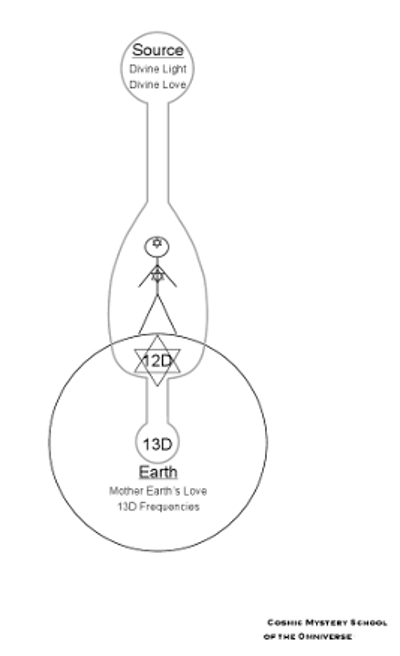 We travel down into the Earth's core into the Cosmic 13 dimension ( the Cosmic Core Domain) that is made of the heliotalic substance of gelaisic radiation. This is the substance that makes space ships travel thousands of times beyond the speed of light. It is the substance of transformation through the property of removing space and time. We take our consciousness into the Crystal Heart of Earth and Inhale this Cosmic Substance. 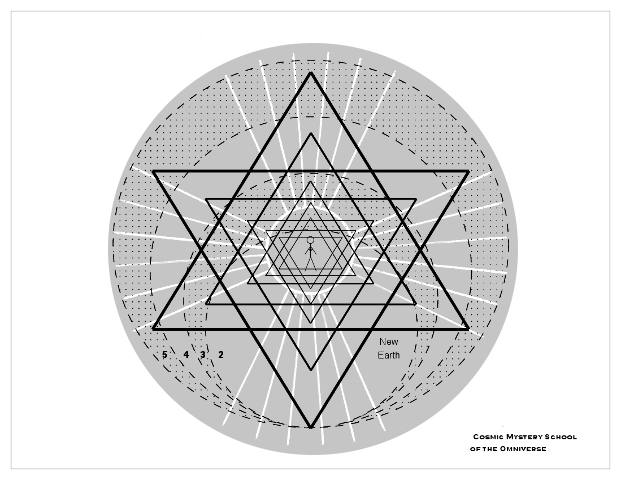 
Exhale the Cosmic energy that is laced with the Cosmic Dolphins Frequencies within the Spiritual Liquid Light of the 13.5 Dimension and inhale those Frequencies into your Crystal Heart.

As you are inhaling up from the Cosmic Core Domain of Inner Earth you will connect your consciousness into the 12th Dimension that is just below the Earth's Crust, where you see the body standing. 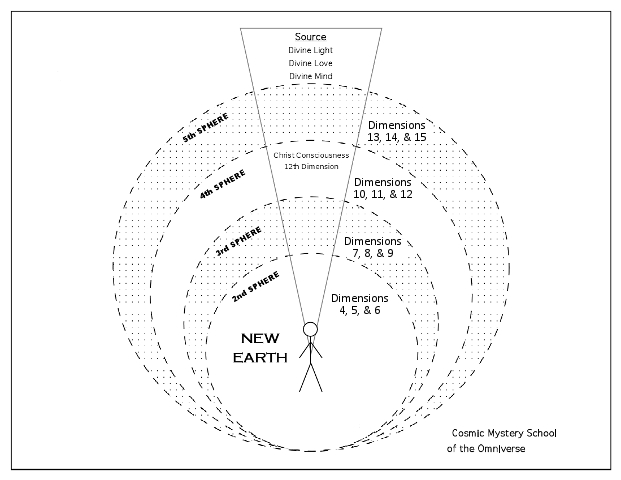 Sense that a massive pillar of swirling crystal gel substance of transformation orbs pop out around you and within you. This pillar begins within the Cosmic Core of Inner Earth and extends clear beyond the Fifth Sphere and into the Source Field. It contains your body and consciousness in the complete realm of the Cosmic Matrix within Source consciousness. 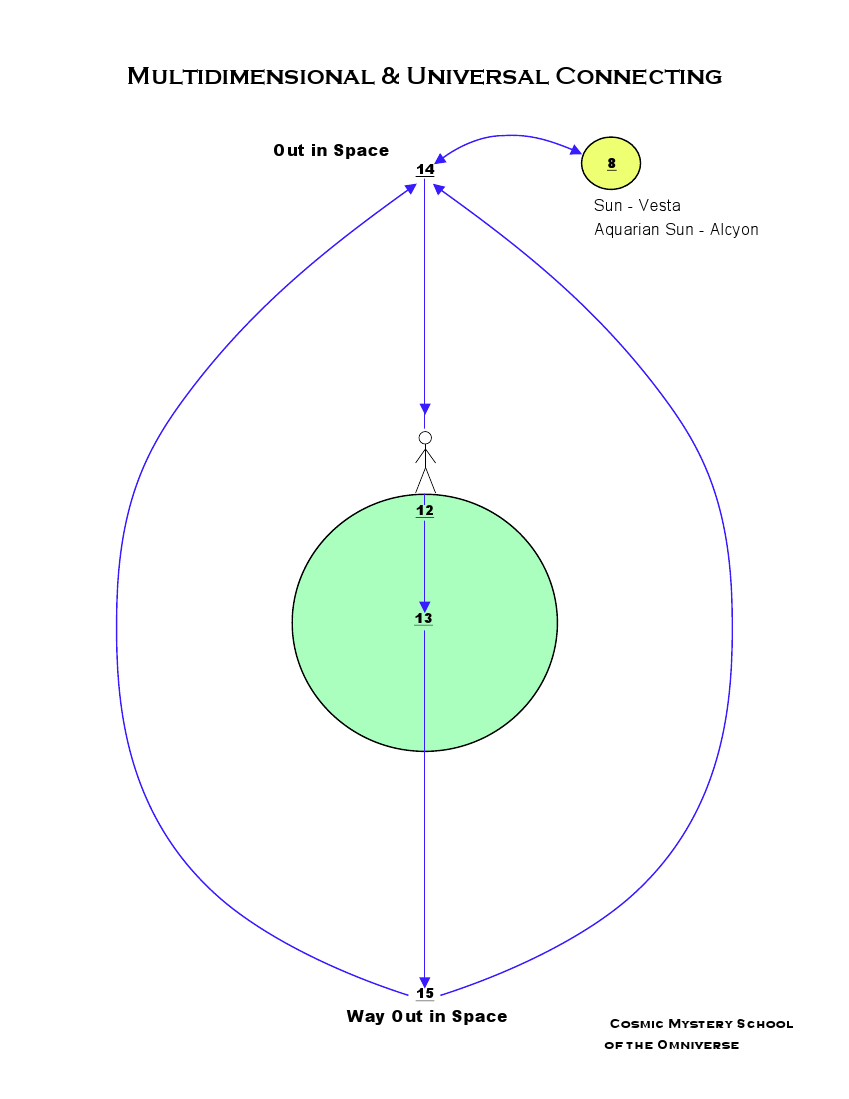 Next, inhale the Gelaisic Heliotalic Substance from the 14th Dimension into your Crystal Heart.  Focus on the Spiritual Parallel 14th Dimension and then arc that energy over into the 8th Dimension of the Sun that is just above and in front of your forehead. The 14th Dimensional Heliotalic Frequency will ignite the Plasma in the 8th to create the Neutrino Energy. As this Gelaisic Radiation that has ignited the Neutrons enters the cells of the body, the entire body will be changed to a Neutron Body.

Allow the Gelaisic Radiation to fill all of the spaces around you and absorb the gel like substance into your body. Collect the Crystal Liquid Light, Crystal Stardust together with the Crystal Gel into the cells of your body and then inhale them into your Crystal Heart. 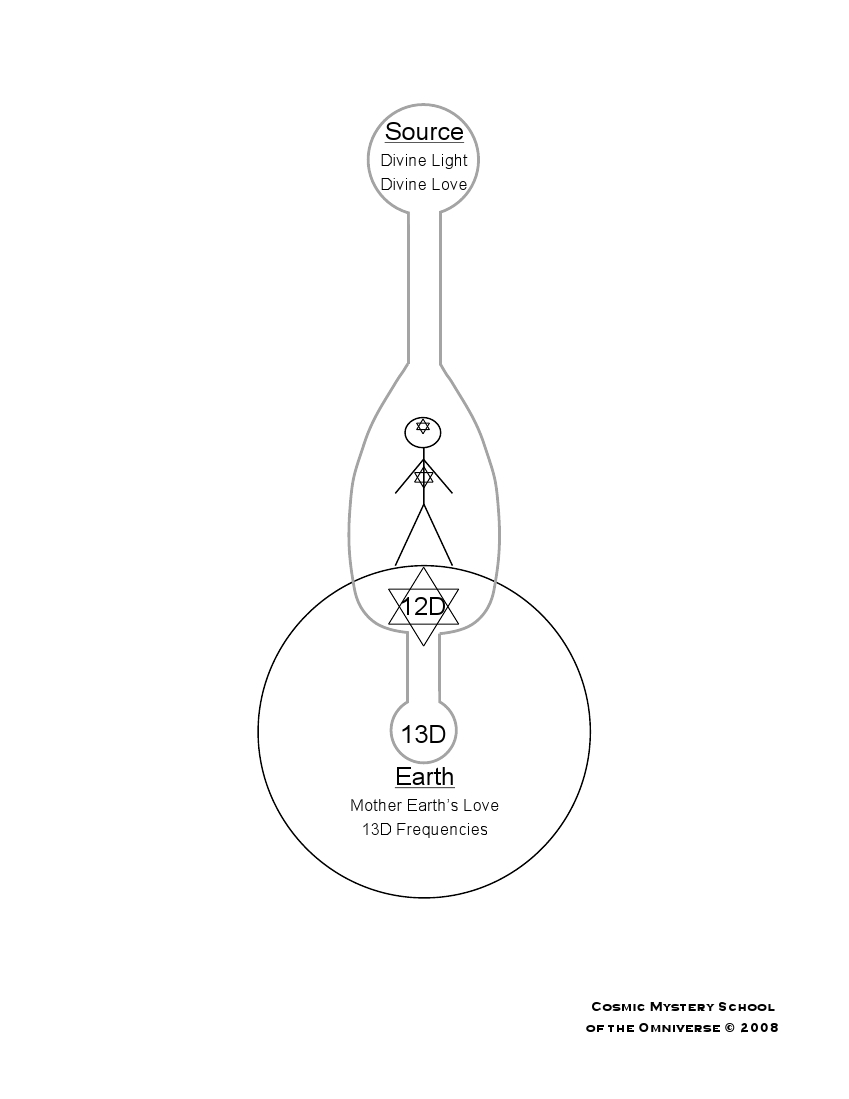 From the Cosmic realms in Inner Earth inhale up through your body and up to the D15 Rishi Body in the Fifth Sphere of the Cosmic Domain. Imagine your body sitting in a lotus position just above the fifth sphere and inside of the Source Field.

Create a Crystal Pillar that connects from the Inner Most Cosmic Density within the Heart of Mother Earth and out into the Outer Bands of the Cosmos. See your body standing within the pillar. Your body fills the entire Cosmic Matrix.

When you are looking at the triangle that connects your body within the Cosmic Sphere, you are seeing the dimensional structure of the ATOMIC MIRROR.

When you are connecting to the point six feet in front of the mirror, you are actually connecting to that point where the Cosmos meets Infinity or Source. That is the point that Ignites the Spark of Source that allows a new Plasma body to come forward. This is the Host Body that will lead you through the Veil. 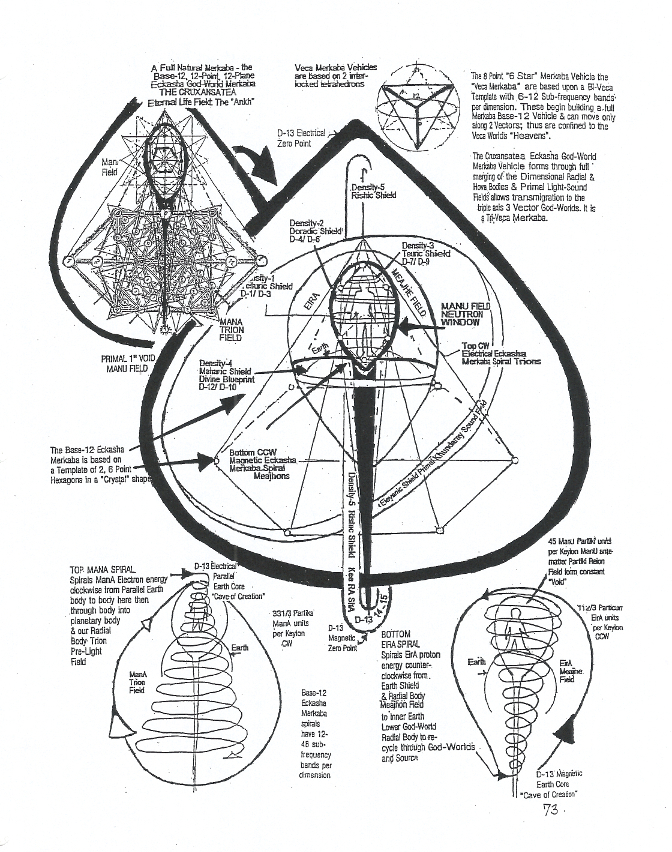 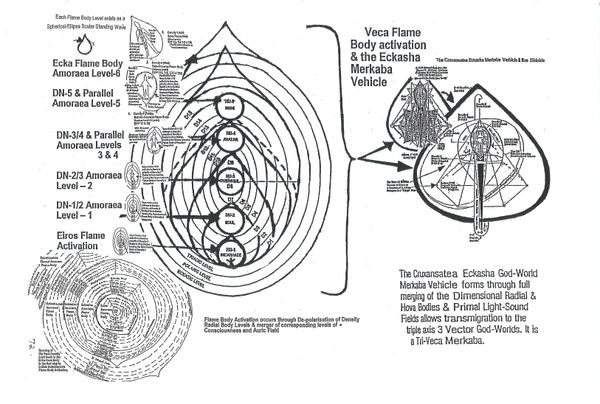 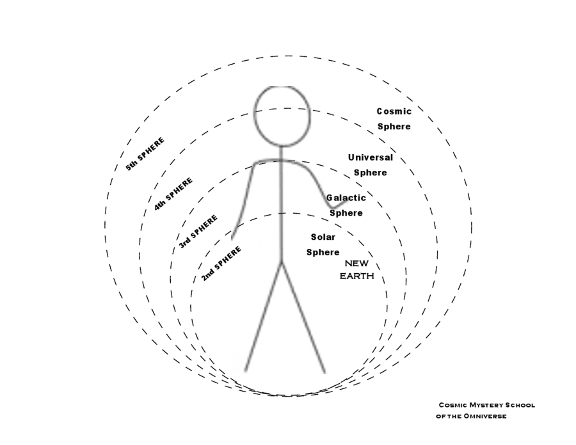 You are within a field of billions of orbs of pre light and sound that are formed from this Crystal liquid light, gel and stardust substance. 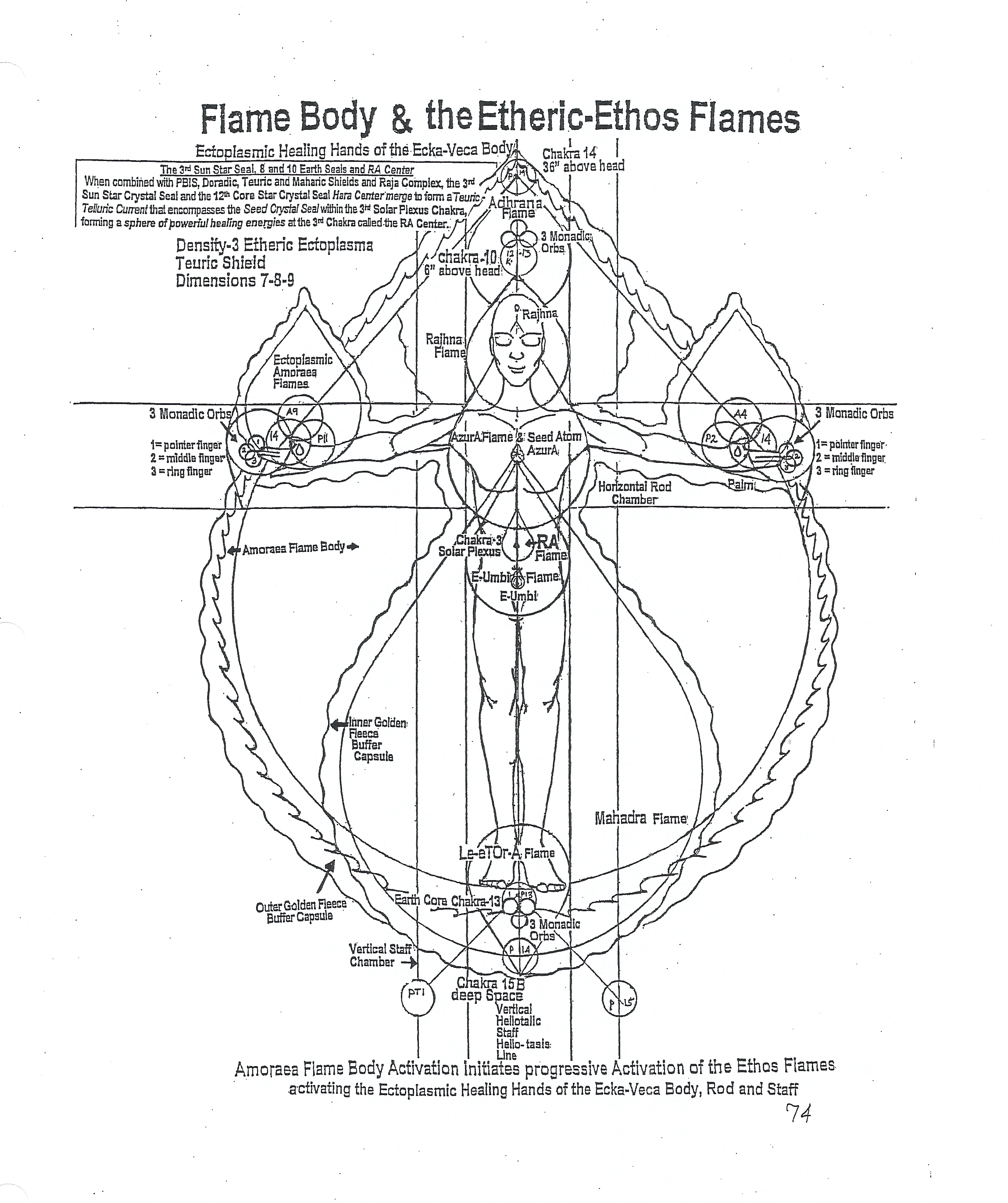 Inhale all of the crystal orbs into your Crystal Heart in the center of the breast plate.
Exhale orb currents out Heart Chakra and down arms and into the space between palms. 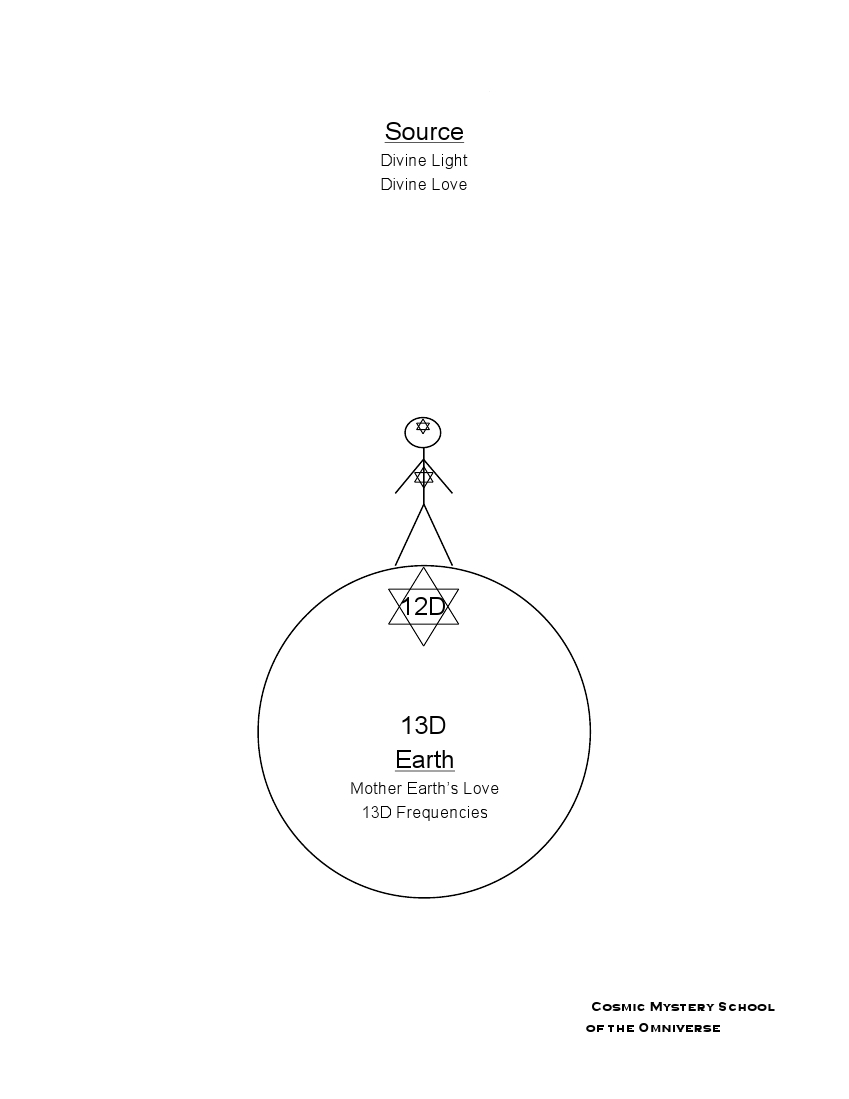 Imagine that you can see the entire mirror field filled with orbs of the Gelaisic substance growing in number until the space and time is removed between you and the mirror.

Take your palms down from the mirror
Observe the orbs solidifying to form a moist gel like orb filled with pale golden silver substance. 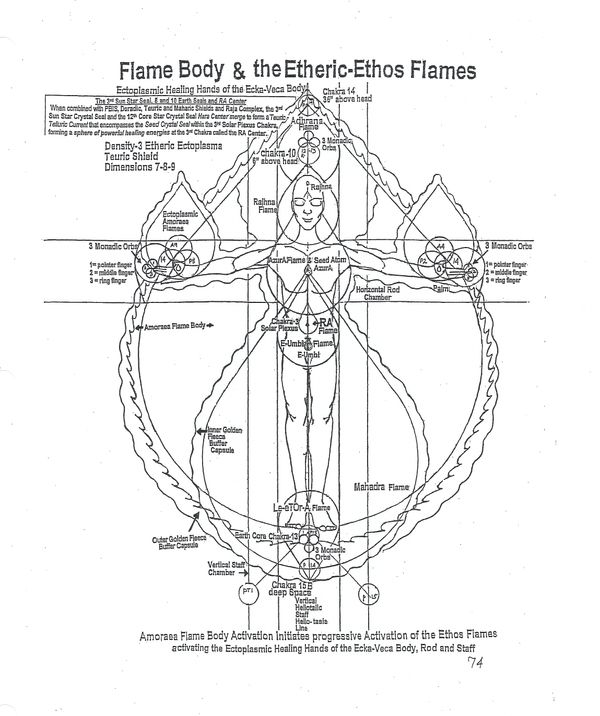 Listen to all 9 songs again while you feel yourself walking into the mirror and remain Standing within the Mirror in a Trance before you go to sleep.