This is an Eternal Life Program that creates Youthing.

This means you can stop your aging process and begin to choose the age that you wish to return to. 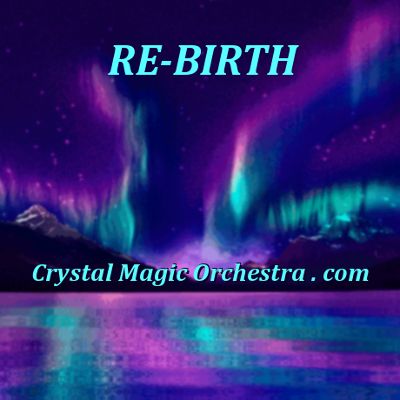 Our Re-Birth into our New Eternal Life Body requires Re-Cognizing, Re-Aligning, and Remembering the Original Divine Blue Print within our Cells, within our Seed Atom, within our Neuronets.

It is now time to unplug the old system that contains a system that wears out and plug into the Mind of God, the Higher Self of the Sixth Dimension.

This new structure allows you to TUNE IN to your molecular structure and direct the Akashic Tear Drops of Liquid Light Energy to fill the cells with the Divine Template of the Original Man made in the Image and Likeness of God.

As you listen to each of the songs, you will clearly FEEL the activation taking place within each indicated chakra area. These activations are a process of returning the Divine Codes that were removed from each of chakra areas.

This is an Eternal Life Album that creates Youthing. This means you can stop your aging process and begin to choose the age that you wish to return to.

Read more…
0:00/???
SONG 1 - The first step of the process requires the opening of the Path between the left and right ears through the mid brain. Symptoms of not having this pathway cleared will be ringing and buzzing in the ears and painful headaches resulting from surgery in the mid brain performed by your multi dimensional gelaisic selves.
If you have already had these symptoms, the pathway between the ears can now be tuned up to connect your hearing into your Frequency Specific Mid Brain.

SONG 3 - Activates the Seed Atom within the Thymus in the Fourth Chakra to remember the original Divine Blue Print. These activations take place as the Breaths of the Pre Plasma Light and Sound are being moved through Consciousness to activate this area.

SONG 4 - After the path is paved within, the Seed Atom connects into the multi dimensional self through the HOOK UP POINT - the Medulla Oblangata at the base of the SKull contains the Frequencies of the 7th Violet and 15th dimensional pink silver violet frequencies of Consciousness flowing through the Seed Atom and the Medulla Oblangata connecting directly to the Mind of God in the 15 dimension.

These activations take place as the Breaths of the Pre Plasma Light and Sound are being moved through Consciousness to activate this area.

SONG 5 - Opens telepathic communication with the Higher Self.

SONG 6 - Allows a clear flow of frequencies through all of the neuronet passages.

SONG 7 - Creates a Strong connection with the Fifth Sixth Chakras to connect the Frequencies of Consciousness of Sixth Dimensional Higher Self into the Golden Consciousness in the Throat which opens the pathway into the Seed Atom and out into the Violet Silver Pink 15th dimensional Transformational Consciousness of the Mind of God.

SONG 8 - Clears the pathway of the Heart through the Seventh Chakra at the top of the head to clear the path into the 10-12 dimensional consciousness.

SONG 9 - Focus on the Sixth Chakra and look into the Eyes of your Higher Self through the Blue Sphere. Look out from within your Mid Brain out your Third eye and see the Ultra Violet Blue Sphere of Transformation. This is you -your higher self you.

SONG 10 - Continue to focus on the Blue Brain and realize this is the Sixth Dimensional Higher Self Consciousness connecting you through the Veil into your Transformation.

SONG 11 - De Polarization. This brings in the complete alignment of the Spiritual Divine Blue Print into the Neuronet.

SONG 12 - Fourth and Fifth Chakra. Connecting to the Magnetic Flow of the Crystal Heart of Divine Love to bring Eternal Energy through the Golden throat out into the Violet Pink White Light of the Cosmic Light.

SONG 13 - A complete clearing of the Old Brain Reality.

SONG 14 - Opening the Heart into the Divine Love of Infinite Compassion. Feel the Magnetics in the Heart creating a sweet flow into the Neuronets.

SONG 15- Complete Tune in to the Mid Brain to activate communication with the Sixth Dimensional Higher Self.

0:00/???
In order to open up to the Mind of God into the neuronets governing the molecular structure of the body begins with realigning the 4th Chakra - the Heart's Magnetic Field into the Golden Spiral of 14th Dimensional Frequencies running through the 5th Chakra in the Throat and connecting the Frequency Specific Mid Brain - Pineal and Pituitary Third Eye- 6th Chakra into the Fifth and Fourth Chakras in order to open up this flow of Consciousness that has been cut off from the 5th Dimensional Frequency in the Throat.

So, when you listen to these songs, please focus on feeling the frequencies running through these areas in you heart, throat, mid brain, between the ears and out the back of the neck area.

This is clearing the flow into the Mind of God and removing the stream of Consciousness from the Thinking Brain in the Upper Cerebellum that only holds the old Karma- the old Emotions of the Old Life History.
Now we are moving into the New energy of the Light Body within the Physical Body.

The Frequencies of the 15th dimension flowing through the Seed Atom and the Medulla Oblangata connecting directly to the Mind of God is the pathway to becoming Christ Consciousness walking on Earth with complete Sovereignty of Reality.

Listening to this Album will result in  a complete clearing of the Heart Chakra to remove the old Mortality Loop that did not connect to the throat and pineal gland correctly.

The Frequencies come from the Akashic Tear Drops containing the Spiritual Liquid Light of Transformation which contain the Divine Template code within them which restore the codes of the original Angelic Human.

All of these clearings allows  the Crown Chakra to open and connect with the 12 dimensional frequencies of Christ Consciousness. This is the first step in preparation to become Christs walking on Earth.

The diagrams on this page are to help guide you to where the work is being done in the flow of energy between the 4 - 7 chakras.

The diagram shows the part of the brain that contains each of  the blue energy, pink white light and golden frequencies.

Blue or ultra violet blue energy is the energy of transformation.

This is gained by moving Consciousness completely into and beyond the Gamma Waves of the Sun. Once the Consciousness moves through the gamma into the pre light and sound the eyes see a Blue Sphere connecting into the sixth chakra area- the mid brain.

This transforms the flow of information to begin from the Mid Brain instead of from the Thinking Brain in the upper cerebellum.

This turns off the thinking brain.

After the thinking brain is turned off, a new path needs to be created from the Mid Brain down the Golden spiral into the throat and into the Heart.

After this pathway is cleared, a new pathway into the neuronets is created to stream consciousness from the pink silver white (violet area). This is the Medulla Oblangata connecting to the Seed Atom within the Thymus.

The new information needs to begin to flow into the seed atom and transform the old information into the new Eternal Life Programming.

Each song in this album turns on one of the functions of the new transmissional system.