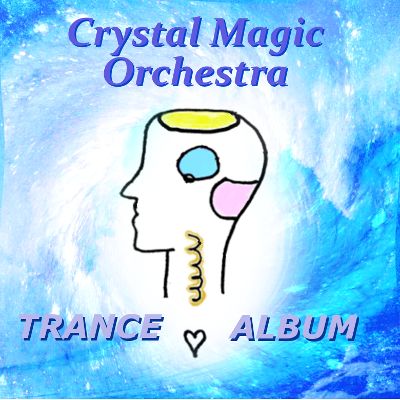 TRANCE ALBUM album is created to paralyze the Neo Cortex which allows the SHIFT into the Fabulous Infinite Possibilities of Instant Manifestation.


FOUR SONGS- about 20 minutes each perform the steps that put you in control of your Mind which will allow you to SHIFT into the Fabulous Infinite Possibilities of Instant Manifestation.

TRANCE ALBUM album is created to paralyze the Neo Cortex which allows the SHIFT into the Fabulous Infinite Possibilities of Instant Manifestation.

Read more…
0:00/???
FOUR SONGS- about 20 minutes each perform the steps that put you in control of your Mind which will allow you to SHIFT into the Fabulous Infinite Possibilities of Instant Manifestation.

Each song contians the anti matter that blasts thru the crusty thoughts in the neo cortex. The gelaisic immortal fairies  clear and penetrate the old neuronets allowing the phonons to pain new pictures of reality within the DNA.

The harshness at the beginning of each song is a nuclear explosion of blasting through the barbed fences placed within the pineal gland and between DNA seals. The seals are melted away to produce the flow of pure thought erasing the Thought Process of the Neo Cortex.

The state of pure removal from thinking is a calm serenity that allows one to float above the world in a reality that is far removed from a density that does not allow one to float above a tree or transport to another country instantly. There is no time and space in the new reality of the Mid Brain.

The Hypnotic State allows the visualization of what is on the other side of the veil where the fairies and devas live and where we can step onto our orb bodies and be met by spaceships who will escort us to new galaxies.

When a person moves their consciousness into this space of no time and no space and completely paralyzes the neo cortex, so that it no longer sends old messages of judgment into the mind of Patience and Purity, the person transposes all of the cellular memory in their DNA into a completely new reality.

This transposition takes place by saturating the body through consciousness with the Light that creates photons and when they hit the phonons in the DNA, a transfiguration occurs. This creates a new reality through out the body. This reality cannot take place as long as the neo cortex, thinking brain is involved in the process.

So, the first thing that always must be done is to put the neo cortex to sleep. It must be paralyzed, placed in a trance, turned off, and hypnotized to begin to belief the Mind of God instead of the old Beliefs that are in its Loop of man made reality.
Learning to do this is a difficult process. The music helps a great deal because it is doing the part of turning on the harmonization of the phonons and photons that allow the DNA to transpose.